Multiple cases of cyber security threats have made it to the headlines as of late. From financial loss to disruption due to unauthorized release of an organization or even governments private transmittals.

Our new world requires organizations to remain ever vigilant in their efforts to keep their network secure from:

From Yahoo to the DNC many organizations have succumb to the threats of hackers. Organizations now focus on implementing two-factor authentication to add an additional layer of security.

From corrupting computers and entire networks, the new target of malicious software attacks is the mobile device. It is highly recommended to equip mobile technology in your organization with the essential malware patches to avoid irreversible damage.

A few years ago, the official Twitter page of Burger King was hacked and strange tweets were posted. The same has happened to several other popular brands like NBC News, Jeep and so on. Hackers perform such unwarranted actions on the various social media platforms of the brand to deteriorate its image and to send out misinformation to the patrons of the brand.

Business organizations must always be careful about sharing their critical data as even Government agencies have suffered from data breaches and malware attacks. 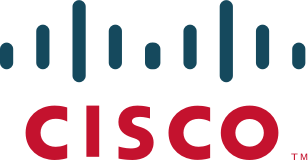